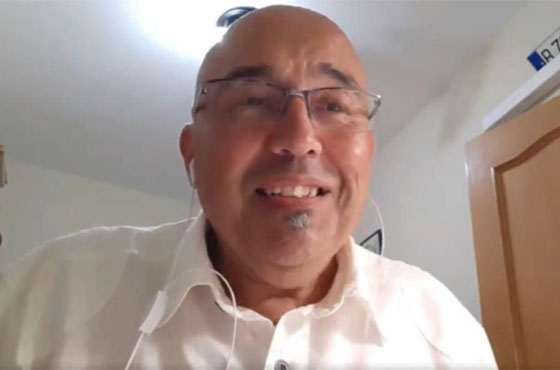 By Tomás Seré, Volunteer for the Communications Division

The seminar "Perspectives on Korea," organized by the CARI Asian Affairs Committee's Working Group on Korea, had its fifth edition on September 17, 2020. On this occasion, and in the context of a new anniversary for the Korean War, six specialists in the field gave interesting lectures on the culture, current situation, and history of the divided nation.

In this way, Stankovich Isern recounted his direct experience with the Korean culture from teaching the Catalan language. In this sense, the linguist expounded upon his journey and his main purpose of changing the established view of Catalonia. "The students think that in Spain people only speak Spanish, when in reality we have Basque, Catalan, Galician, and other dialects," he explained. Likewise, he sought to refute the two-fold understanding that exists about Catalonia as one more region of Spain, obsessed with independence, in which the now defunct terrorist group Terra Lliure dominated. From this point, one of his students was able to write a book in Korean with the basics of Catalan grammar. However, he stated that "Korean linguists were not interested in the work because Catalan does not have a state that represents it".

In this regard, the academics from the University of Córdoba, Candia and Tita, made an analysis of how the Korean conflict was experienced in Argentina and Latin America from 1950 onwards. In that context, they put together a long collection of the content produced by the military and intellectuals in newspapers from this period. So, for example, they elucidated that Juan Domingo Perón gave opinions in a medium under a pseudonym, always based on information coming from international agencies. There, the leader and military considered the conflict as a confrontation between communism and capitalism and urged a third position, equidistant from both extremes. In addition, they highlighted how he used the war for the 1951 campaign, to affirm that if the radicals win, an excess of capitalism will appear, and if socialism wins, communism will. In this same way, they analyzed the views of other generals and thinkers until the 1990s.

Lanare, for his part, focused on the media construction of North Korea in Argentina and Latin America. In this manner, he raised the importance of leaving the Eurocentric axis of common sense to be able to analyze what is happening in the nation. In other words, Lanare proposed to demystify the established and reformulate the conception of North Korea with a more academic interpretation. Under this logic, he questioned why the self-isolation of the supposed "hermit kingdom," the matter of North Korean nuclear terror, and the way in which the media, through the use of potential, articulate a configuration that places North Korea as the "nation of evil".

In this context, Arrosio took care to track the United States and South Korea's relationship over time. The teacher from the University of Mar del Plata departed from the statements of American general Robert Abrams, who in February 2019 asserted that the United States' alliance with South Korea "is stronger than ever" since its inception 65 years ago during the Cold War. On that basis, he analyzed the link initiated by George Kennan's "containment policy" and which underwent modifications with Richard Nixon, the later accompaniment of Henry Kissinger, and changes of subsequent presidencies. 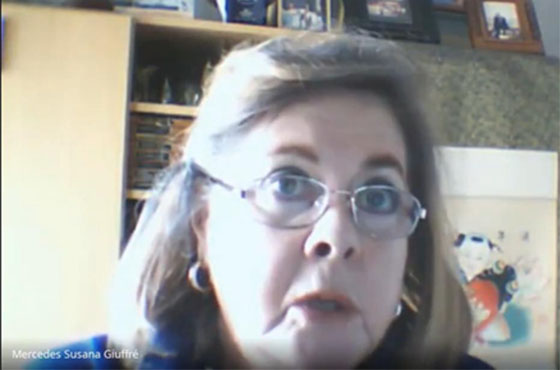 Finally, it was Mercedes Giuffré's turn. The academic put on the table the delicate subject of Korean unification. In this sense, despite the willingness of both sides to gather together, for the coordinator of CARI's Korea Group the differences in politics, economics, language, and conception about the need for militarization are enormous. However, Giuffré asserted that "in the collective imagination there still is a pan-Koreanism, by which Koreans themselves believe that they can be regulated without foreign influences." Also, the professor explained that the external influence in the area is very high, but that neither China nor the United States favor the reunification that, at least, two international forums have already proposed.

"The Security of the Korean Peninsula", October 2015